In late October 2016 Matt Mullenweg, the co-creator of the WordPress blogging platform attacked the company Wix for not complying with the GPL License. The rich text editor in their competitor, Wix, app was using GPL code - which was itself a fork of an MIT licensed code.

The problem was that the Wix app was using a GPL licensed library released by the WordPress project, that would have essentially meant that the entire Wix mobile app's source code be released. This is what lead Mullenweg (rightfully) to announce:

This explicitly contravenes the GPL, which requires attribution and a corresponding GPL license on whatever you release publicly built on top of GPL code. The GPL is what has allowed WordPress to flourish, and that let us create this code. Your app’s editor is built with stolen code, so your whole app is now in violation of the license.
- Wix and the GPL

This then lead to a minor shit storm among the GPL and WordPress faithful against a commercial entity abusing Open Source code. As things usually go, this calmed down in a few days and people forgot about it. What went largely unnoticed was the fact that, while Wix was technically breaching the GPL license, the WordPress Rich Text editor was hardly unique and was in fact a fork of an MIT licensed editor:

The WordPress GPL Rich Text component in question, is actually a wrapper around another Rich Text component named ZSSRichTextEditor which is licensed MIT. In retrospect it would have been easier to use it directly.
– How I Found Myself Accused of Stealing Code from WordPress

This gave Wix the opportunity simply to switch over to the MIT project and continue developing that without the viral nature of the GPL. And it seems that that is what the company has chosen to do. The company started investment in the Wix React Native Rich Text Editor based on ZSS as early as November 2nd 2016 and seems to have abandoned the WordPress fork completely: 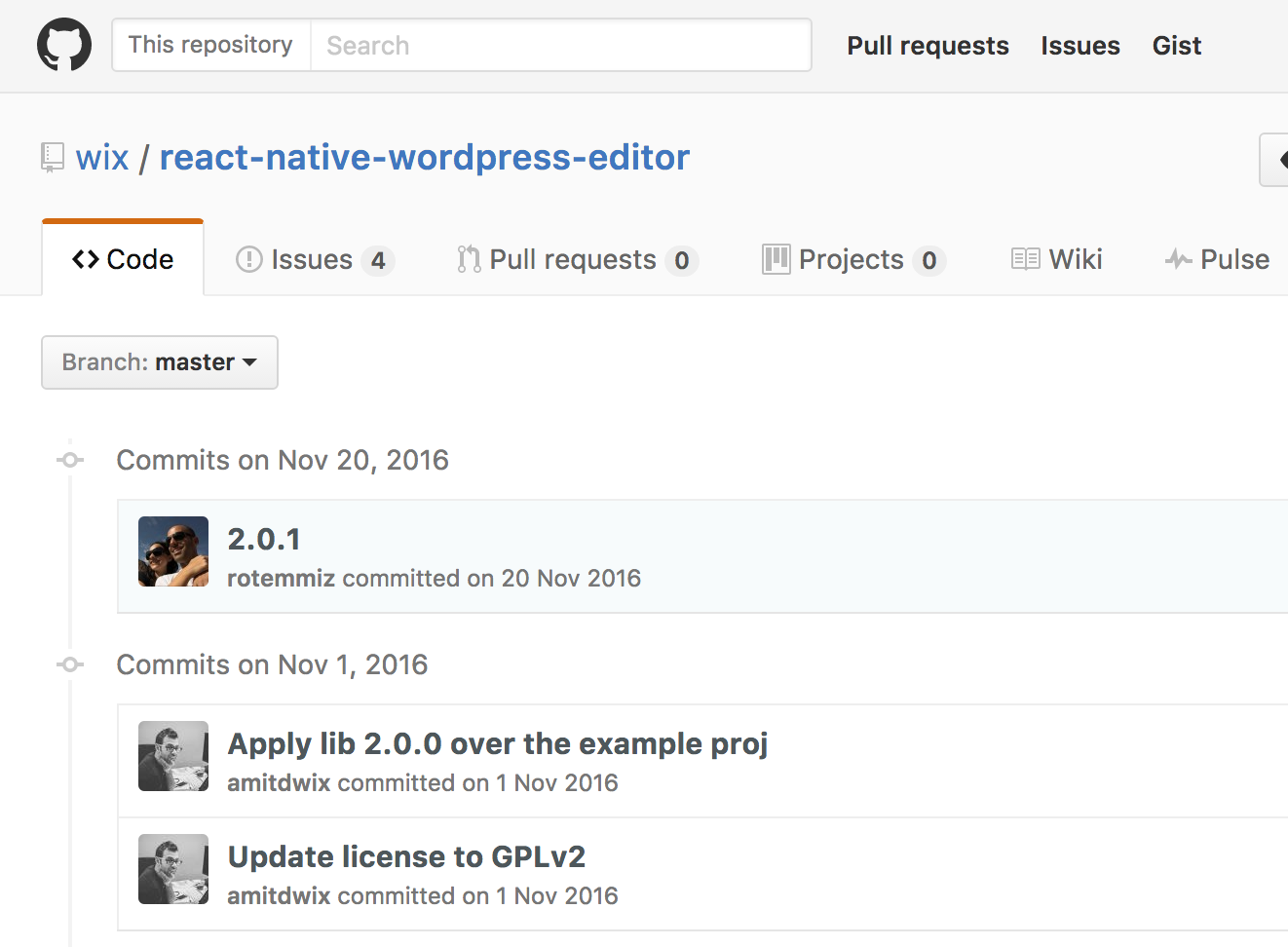 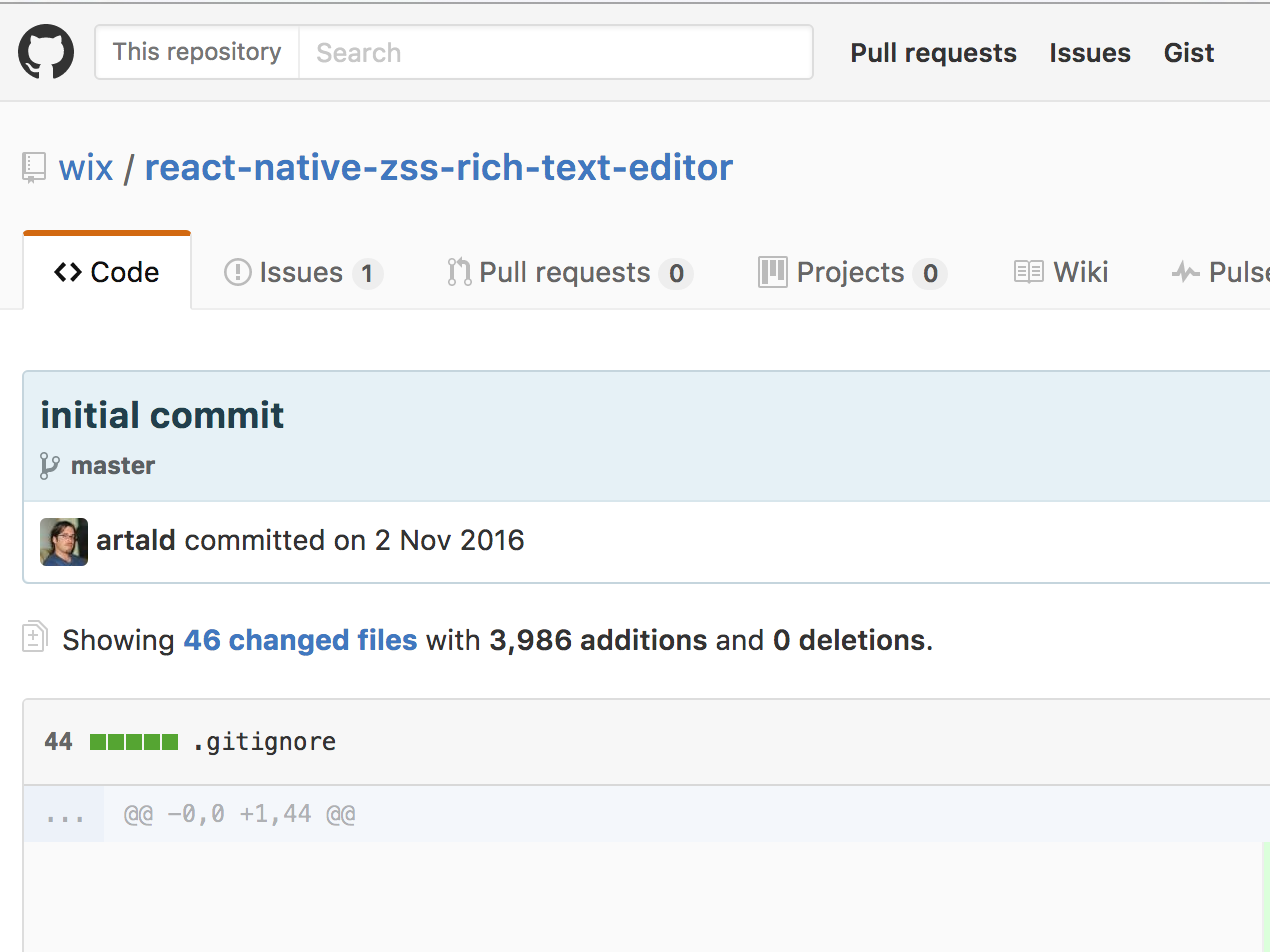 So instead of needing to comply with the GPL license imposed upon the code by WordPress, the company can now work and contribute freely adding to the ecosystem of the original component that the WordPress editor was forked from: ZSSRichTextEditor

Wix editor's license bans it from being relicensed to GPL 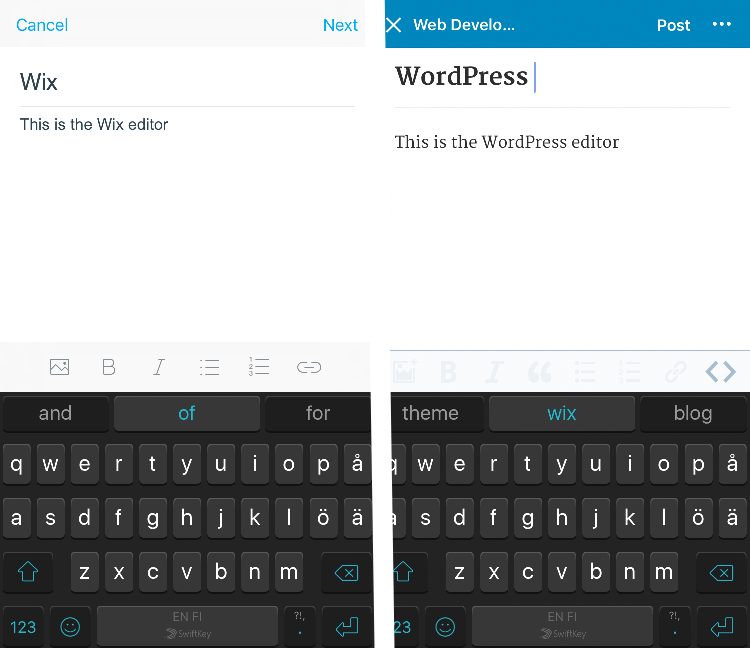 In fact the fork is licensed under an EMIT (Enhanced MIT) license that prohibits the WordPress project to adopt and relicense it under GPL. This means that the changes or enhancements that Wix contributes to the editor can not be done unless the WordPress RichText editor's licensing is changed to EMIT:

This license is exactly like the MIT License, with one exception – Any distribution of this source code or any modification thereof in source code format, must be done under the Enhanced MIT license and not under any other licenses, such as GPL.
- the EMIT license

Provided that the app on the AppStore (updated Jan 08 2017) is using their own component, the Wix editor is not "a WordPress Joint" and not that it ever really was, Wix is now in compliance with licensing and Mullenwegs ultimatum is now baseless. The licensing move was an impressive play from Wix.

And most of all - this is a great reminder why to avoid using GPL licensed for library code like the plague.