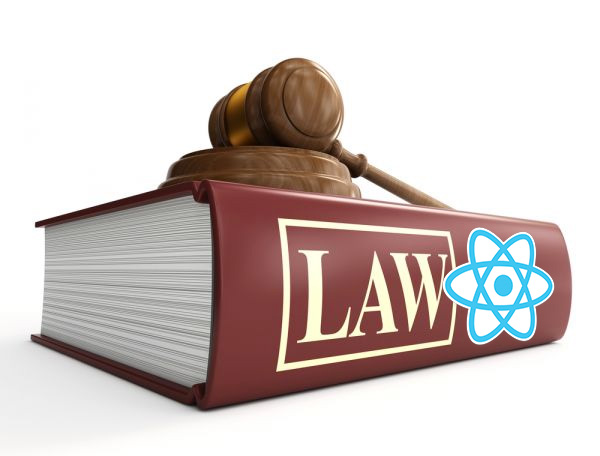 In a recent move Facebook has clarified it's stance on the Open Source Licensing it uses widely on React, React Native and numerous other projects the company has. As with any legal text, software licensing can be difficult to interpret and Facebook now offers an Open Source FAQ to answer commonly asked questions:

At the time of writing the FAQ comprises of four items:

Answers to 1, 2 and 4 are a resounding "No", while for point 3 the FAQ specifies that the counter claim must not relate to any Facebook patents. This is all obviously coming from the horse's mouth, and while Facebook has little to gain as a patent troll at this point - it's still their view on the licensing.

Adoption of React at Apple and Microsoft

A much more resounding example of adopting React is by other industry giants like Apple and Microsoft. In some reports it was said that the giants had prohibited use of the React UI library in projects due to fear of legal battles, but this has now been proven a moot point as both companies have released web properties and libraries using React:

Neither of these are core products to the companies and it's hard to see Apple shipping an iOS mail client written with React Native. It is notable that both of these companies see value in creating web user interfaces with React, but also that their legal departments have no trouble doing so.

So for most of the use cases in question, it seems like patent litigation is constrained enough to the specific tool in use, which in this case is not a concern. With the liberal BSD license in place, React as a library is actually safer for developers to use than the viral GPL license:

With the WordPress Calypso project being Open Source, the component based architecture allows use of WordPress components outside of WordPress. If they don't specifically suit your needs, then you can always fork them and keep them Open Source with public access to your modifications. While doing so, mind the viral GPL licensing of the product.
-  React helps use WordPress code in other Open Source projects, note GPL license

While GPL has never been tried in court, it is still much easier to spill over as reported in the recent debacle with WordPress and Wix over the RichText editor in the WordPress mobile app. So for JavaScript libraries like React, lodash or jQuery using a license like MIT, BSD+Patents or Apache is actually safer for developers than using GPL.