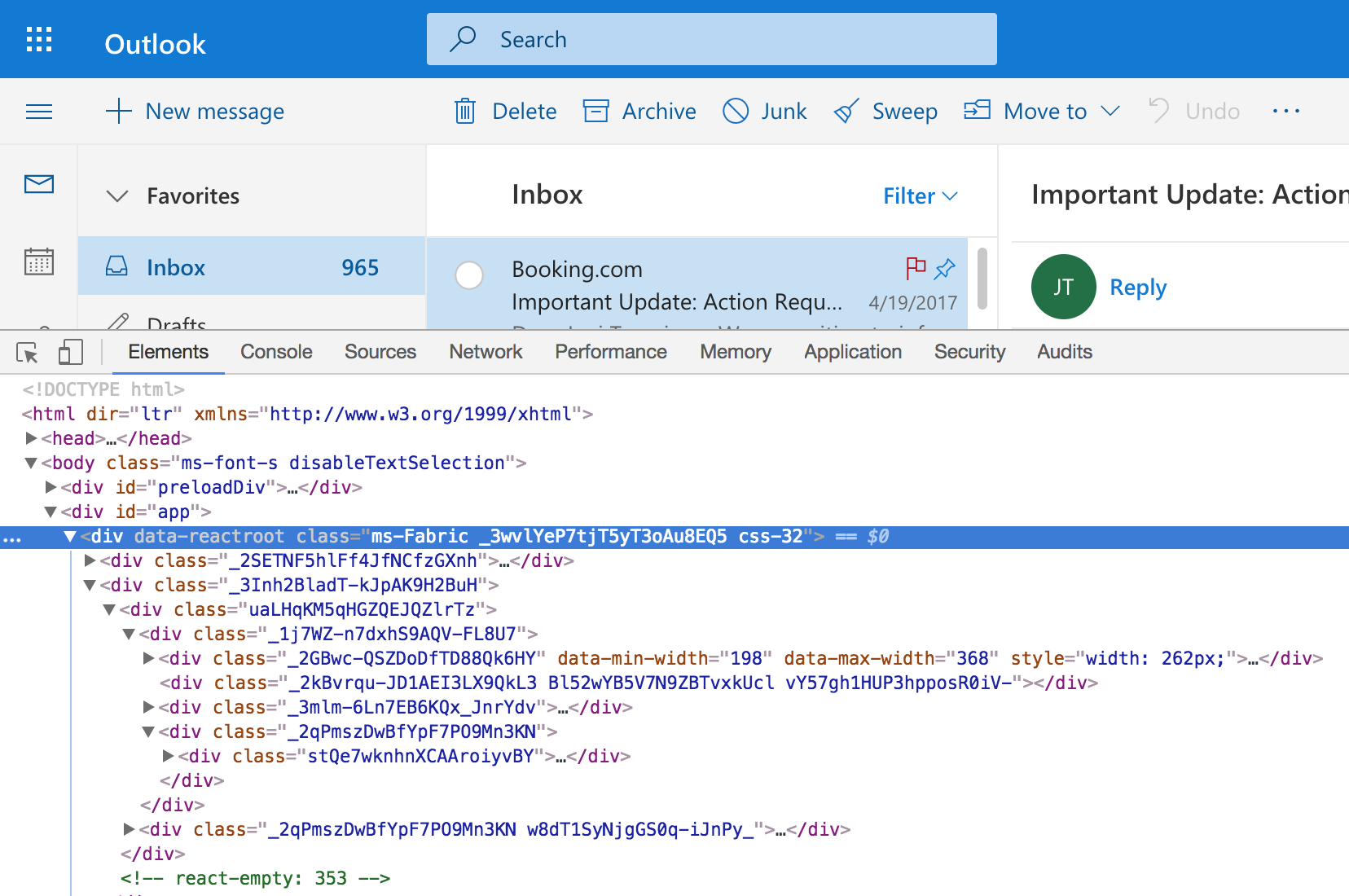 React originates from Facebook, and the core contributors are currently all employed by the social media behemoth. React popularised the building of declarative UIs on the web and elsewhere (mobile, VR, etc…) and is now popping up everywhere from start-ups to IT industry giants. The recent State of JavaScript 2017 survey shows React.js dominating the JavaScript scene in 2017, and is showing no signs of decline in 2018 and beyond.

Apple has embraced React some time ago on it's developer documentation site, and with the latest renewal Microsoft of Outlook.com joins the bandwagon. In the introductory post from August 2017 the company touts improvements in the technology space:

Recent advances in programming, design, and artificial intelligence have enabled our engineers and designers to improve the Outlook.com web experience in several areas—and we’re eager to get your feedback.
- Introducing the Outlook.com beta

The above is not a technical post per se, so it's no wonder that React was not specifically mentioned. Also, the patents situation was still not resolved at this point. A quick look under the hood gives shows that the new inteface is running MS Office UI Fabric for React with the React version still being 15.6.2 - the MIT licensed version of the React 15 series.

Earlier Microsoft has already recommended using React.js for SharePoint development. Outlook.com is one of the largest email services, with some 400 million active users. It's short of Gmail's 1 Billion+, but mind that Microsoft handing over a key web property's UI tech to React.js.

This move is another testament to how profoundly the original developers of React.js shaped the landscape of contemporary web development.

« Autocannon is an Apache Bench alternative in Node.js - Satchel is Microsoft's state management library for React »