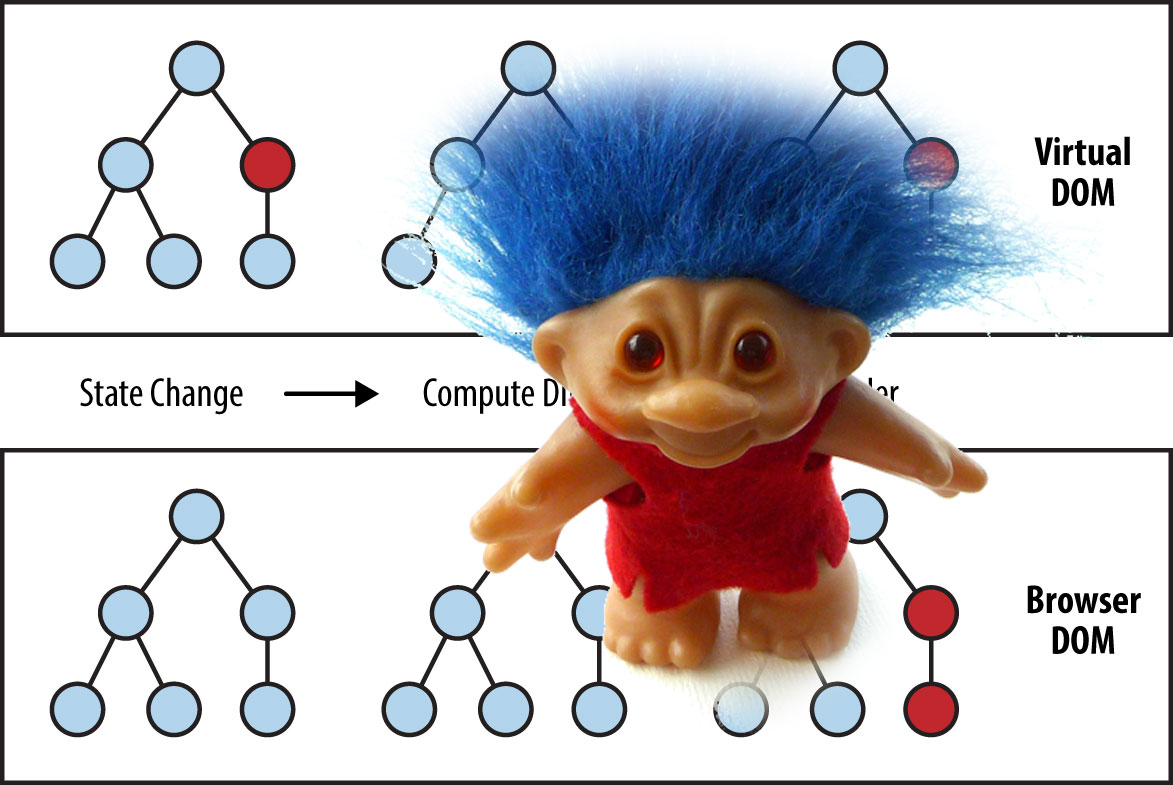 Facebook has been asked by projects such as WordPress to re-license the project, but the internet conglomerate has refused to change the licensing of React. In the latest whispering on social media channels such as Hacker News and Twitter some have suggested that the Virtual DOM, a core concept behind the React library would be the reason for the patent.

This suggestion has sparked some fear that Vue.js, Angular and other JavaScript frameworks and libraries might be in danger because of the License. But this is not likely, as the Virtual DOM itself does not seem to constitute as anything that would be worth attacking over. Such components software components have become widely a commodity as open source has spread.

Most Open Source libraries (React included) are now of little value in themselves, as the value is now mostly in users, platforms and data. Sure enough, there are specific cases where complex algorithms are worth protecting. But for building Web CRUDs and chat applications, this is unlikely. It seems the discussion over Virtual DOM patents is a pure FUD tactic.

Rather in this case Facebook is likely protecting itself against Patent Trolls. They are companies that own and deliberately abuse patents to turn a profit. Sometimes even attacking private people, for absolutely ridiculous patents such as "Using WiFI". More information on the Patent Trolls in the video embedded below:

Malicious patent litigation is also the reason Adam Wolff from Facebook states for the license, in a recent blog post. He goes on to say that Facebook will not change the license of React.js:

We have considered possible changes carefully, but we won't be changing our default license or React's license at this time. We recognize that we may lose some React community members because of this decision. We are sorry for that, but we need to balance our desire to participate in open source with our desire to protect ourselves from costly litigation.
- Explaining React's License

As for the rumored Virtual DOM patent, there is no information that Facebook would hold this patent and even if they do, it would be disputable as there are prior Open Source implementations of the Virtual DOM concept, such as WebFUI. All in all it seems like a whole lot of noise over nothing, but who knows maybe this will in it's part increase the momentum for native Web Components.

Learn more about React and the Patent/Licensing discussions around it: