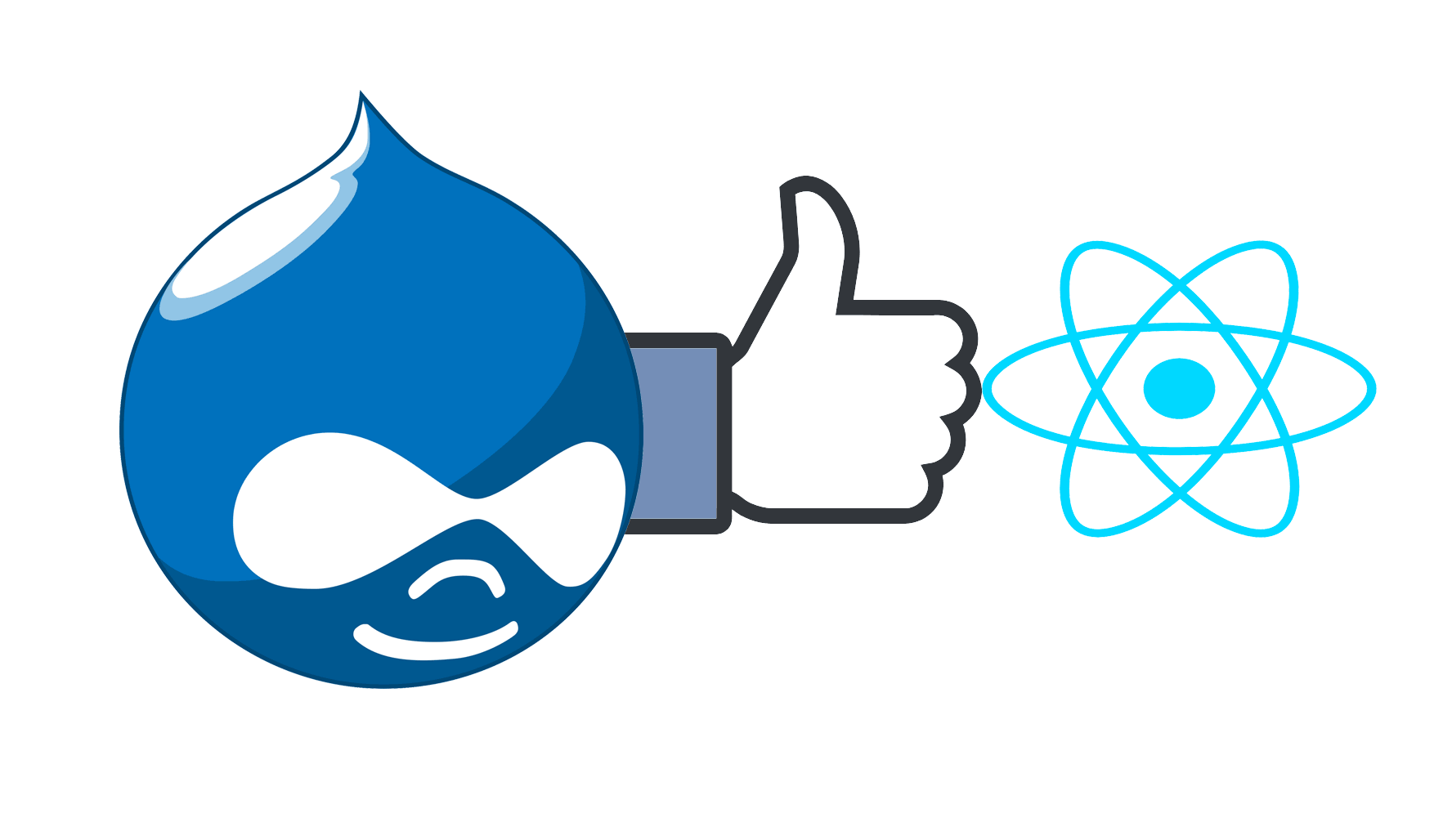 Late in 2017 it was announce d that Drupal would start using React.js for it's interface. Now this has progressed and therea resome examples available online from the team working on merging Drupal with React.js.

The initial work and planning was done at the DrupalCamp Florida in 2018. The plans to include React.js in Drupal have moved forward and there are now guidelines that will be followed by the team to make the initiative a reality.

The team will first focus on removing any blockers that prevent using Drupal REST APIs to provide complete control of all functionality in Drupal. Based on this the team will create an alternative Drupal administration interface as a single-page React application. This is similar to what the WordPress team did for their Calypso interface: What is WordPress Calypso?

In order to maintain high quality the team will also focus on automating the JavaScript built interface testing as well as update and enforce new coding standards that better suite the modern day JavaScript ecosystem. This is to take the Drupal interface away from JavaScript spaghetti code era jQuery JavaScript code it is currently in.

Practical hands-on implementation has also begun and there is a GitHub account for the work done on the Drupal Core JavaScript renewal effort. This has already produced an example for dynamic filtering of the permissions page as you type ahead. Taking the entire Drupal user interface to the next level will take time and a fair bit of design work will also be needed.

The code is available on GitHub (github.com/jsdrupal/drupal-admin-ui) and progress can be tracked on a Drupal.org issue: [plan] Modernize Drupal's JavaScript. Demo below shows the React.js powered Drupal UI in action.