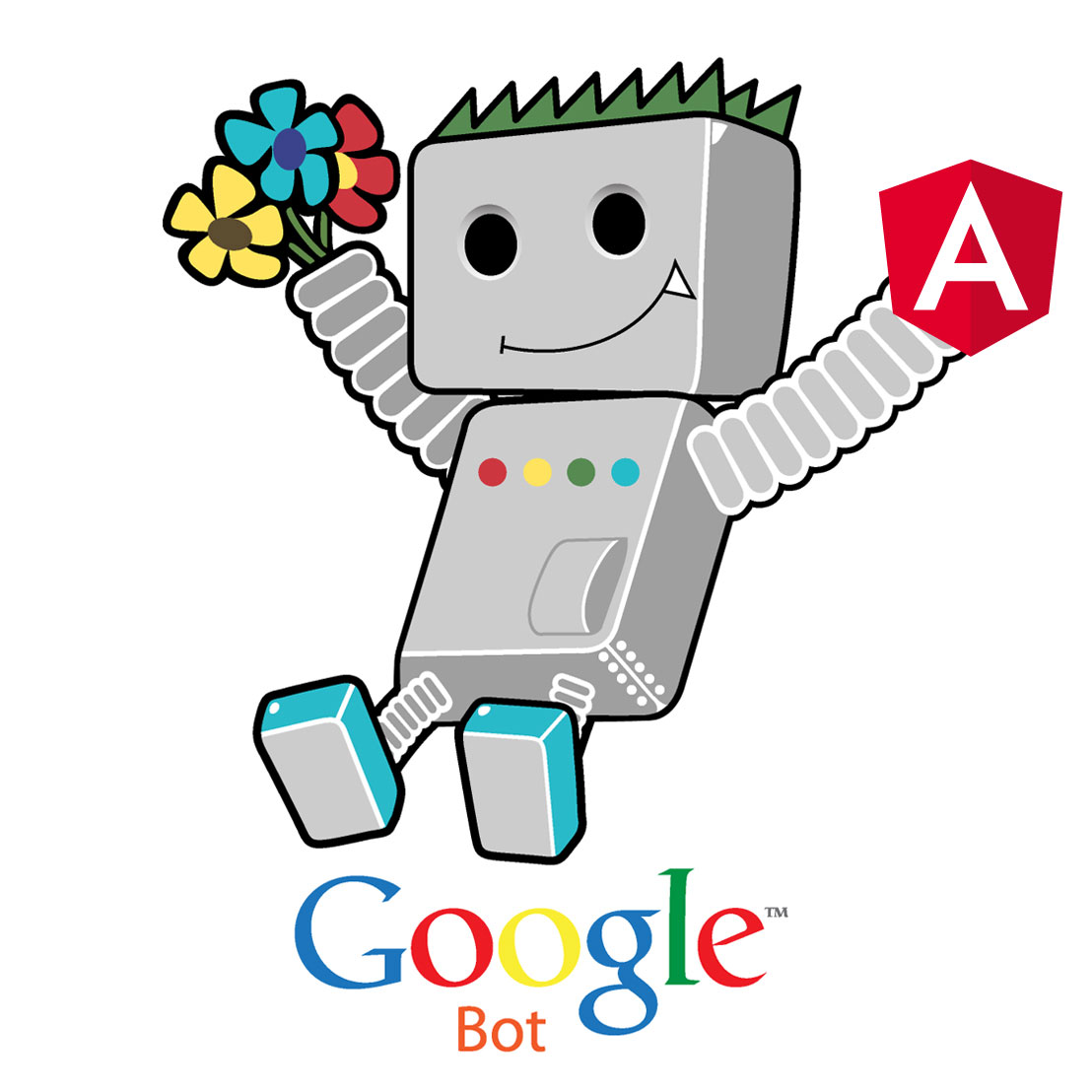 Google is in a unique position as it is both the market leader in seach engine market. In addition it's providing tools for developers to work work. Google's own JavaScript Framework Angular.js saw great success from 2010, but the first iteration had some technical shortcomings. This is why Google is investing heavily to a major rewrite in Angular2.

For Angular 2 one of the capabilities developers have been coveting from React.js ecosystem which is isomorphic rendering. This means that the first view is rendered on the server to improve initial load performance and enable best possible search engine visibility. In Angular 2 the framework gains this functionality with Angular Universal.

While Angular Universal is a great way to ensure SEO visibility, it does add complexity to the server side deployment of Angular 2 applications. There are dependencies on the backend technologies, so it's not a given that developers will be able to enable Angular Universal.

There is discussion for bringing Angular Universal support to PHP and Twig, but details are unknown. This is why many Angular 2 applications will be continue to be deployed without server side rendering of applications.

Using the Google Webmaster tools you can get the GoogleBot to visit your page and render your site. You can also get a rendered view of the page two formats:

In the case of Angular2 it is clear that the GoogleBot's JavaScript capabilities are good enough to render the rather sophisticated front end framework. The demo application rendering shows that GoogleBot does render everything ok - even without Universal Rendering: So for individual pages it is clear that GoogleBot can execute and index raw Angular2 applications, however when using the "Crawl this URL and its direct links" option on indexing record you can see that there are no entries to other pages of the application.

This means that when you decouple from a CMS with Angular 2, for example, individual pages will be available - but it will not be able to natively follow all the links in the page. You'll still need to take care of SEO when deploying Angular 2 applications without Angular Universal.

In addition it's worth noting that by default Angular 2 now uses the "HTML 5 pushState" style for routing. So the issue when decoupling websites with a REST API and 404 pages continues to remain relevant:

If your custom backend does not handle checking if the content exists or not, then you'll likely get 404s, heading to a broken page. You could fix this by always sending a template with the HTTP 200 (OK) message, but that would be breaking the internet. If a page does not exist, it should return a 404.
-  REST, Angular HTML5 History API and not found (404) pages

So in the future it looks clearer and clearer that if your application needs to have public links from outside you should use Angular Universal. While GoogleBot is able to load and execute all the CSS and JavaScript from Angular 2 applications, it is unable to follow anchor links.

When Decoupling CMS other applications with a REST, it will be better done in the future with a separate rendering server with Node.js with Angular Universal enabled. This will make hybrid solutions more difficult and add complexity - but is a necessity for best Search Engine visibility.

« Keystone.js is the best Node.js alternative to WordPress - Adam Klein on JavaScript on V8: ES6 features, Async/Await and Modules »